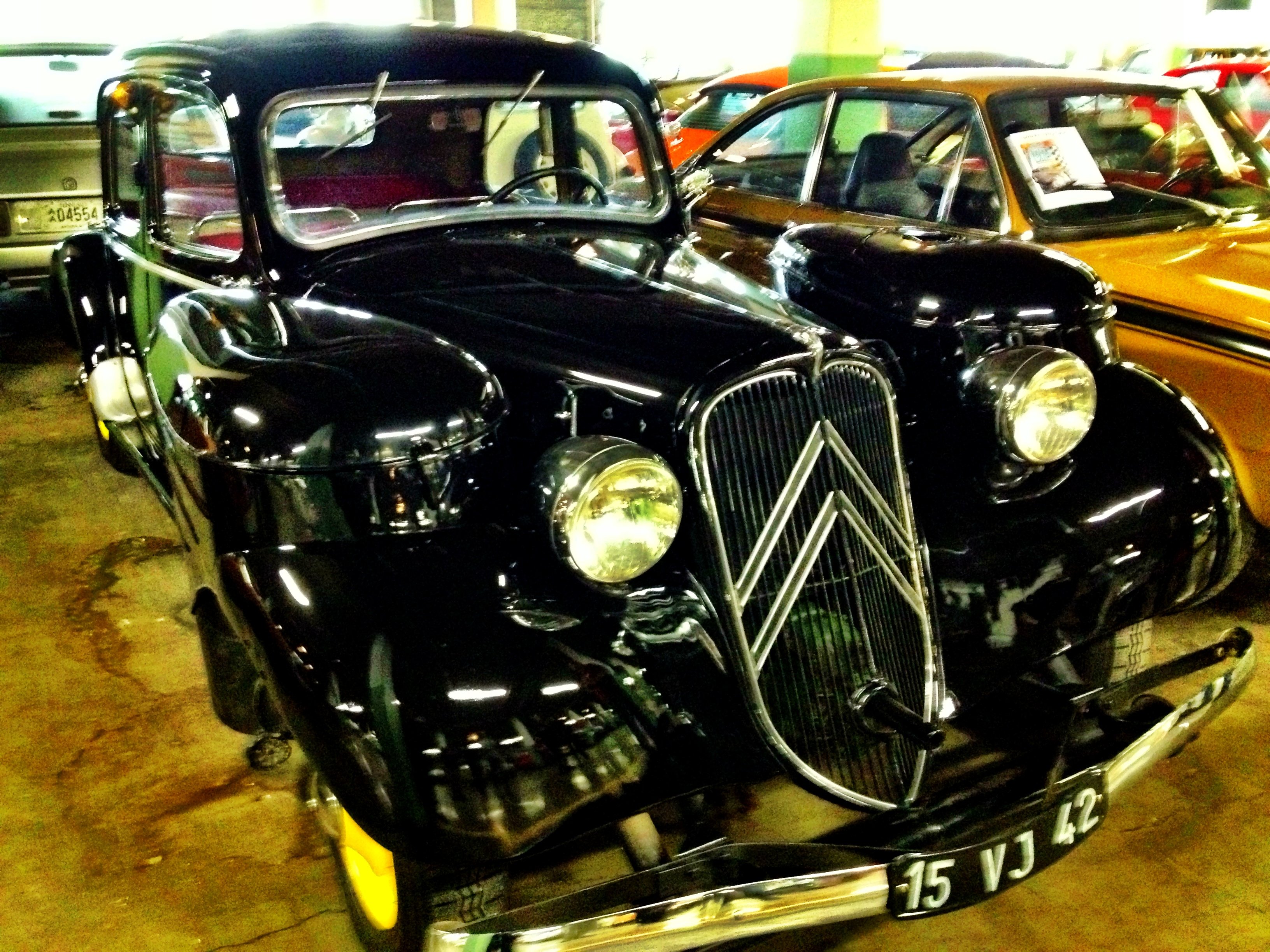 During the German occupation of France in World War II, gasoline was scarce, expensive, and often unavailable. Several companies offered systems for a vehicle to turn solid fuel (wood, coal, charcoal) to gas. This Citroen Traction Avant has been converted by Fap Elgazo Tarbes. The adaptations were necessary to run on coal. The stock carburetor and intake manifold were removed and a mixing system was installed. The large cylindrical container under the right front fender is filled with coal and ignited. After 10 minutes, methane gas flows into the left container to be cleaned. Gas is then fed through a filter to the mixing system.

The coal system reduced horsepower by 20% which reduced top speed to about 55 mph (depending on how well the coal was burning). Range was about 40 miles before it was necessary to add more coal. Approximately 2,000 cars were converted, but only a few conversions survived.