Why the Citroen DS is collectable. 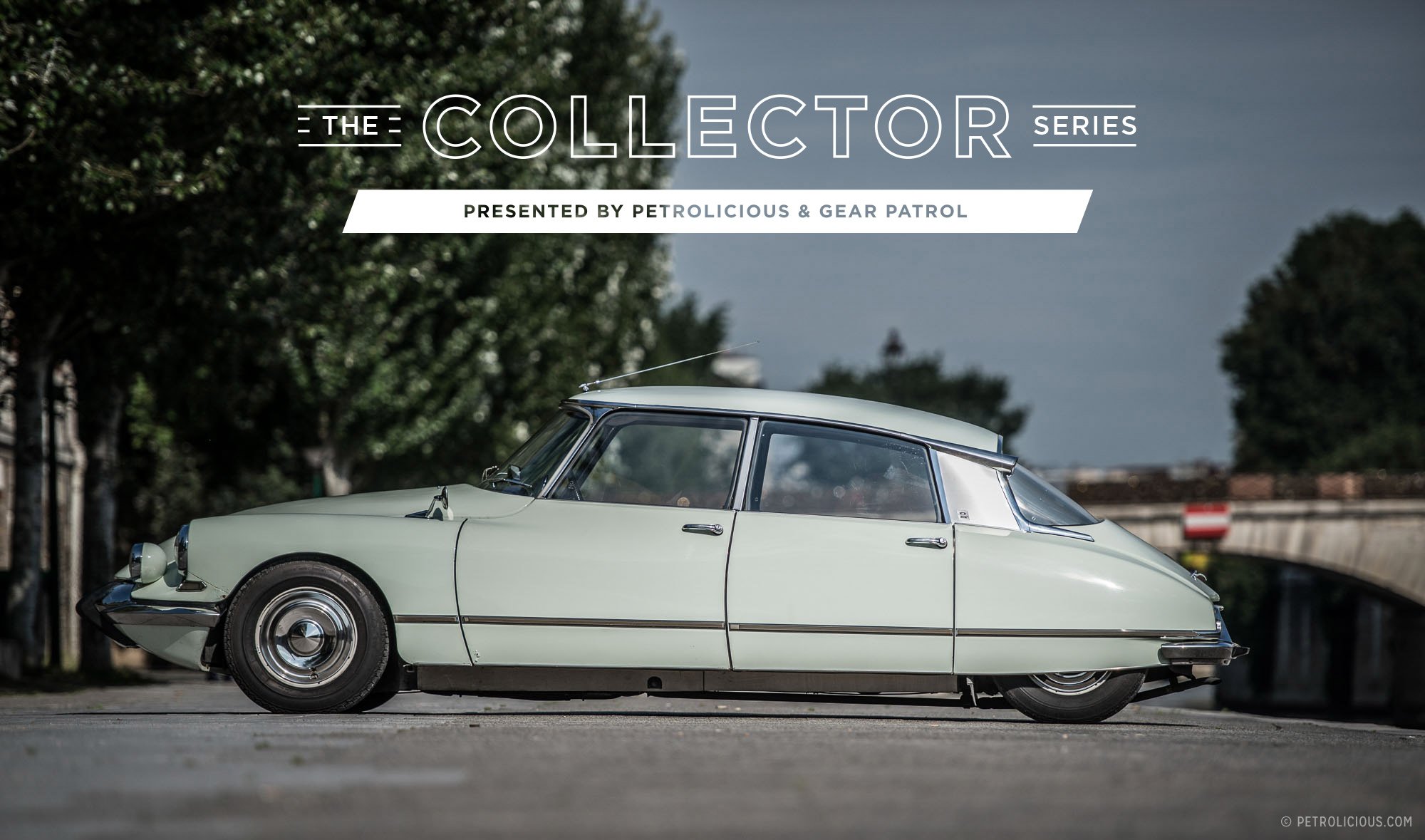 Another great story from Petrolicious.com…

Photography by Rémi Dargegen for Petrolicious

The Collector is a weekly series produced in association with Gear Patrol, where we discuss the car, and Gear Patrol discusses the essential gear inspired by the car. (Click here to see the rest of The Collector Series on Petrolicious).

There’s only one word for it: groundbreaking. When Citroën pulled the cloak off the DS at the 1955 Paris Motor Show, the company literally stunned an automotive world that was still emerging from World War II austerity. A complete departure from designs still mostly rooted in pre-war designs, the DS or “Goddess” as it came to be known because of the French pronunciation of its nomenclature (“DS” is pronounced in French as “Déesse” or goddess–was a futuristic and amazingly sophisticated machine mechanically, and made most other cars obsolete. It was a far cry from Citroën’s famous but simple 2CV, and the company took twelve thousand orders for the car that day. It is still, considering its age, an advanced car today, somewhat rare in the USA, and worthy of your consideration as a collectable automobile.

The DS of course has that futuristic streamlined body. Sculpted by Mr. Flaminio Bertoni (see our earlier story on him here) and aeronautical engineer Mr. André Lefèbvre, their direction reflected Citroën’s growing interest in the science (or art?) of aerodynamics. The construction liberally used aluminum and plastic, which is still modern today. Mechanically, the car came packed with other innovations for the time. The DS had a 1.9-liter engine, but it also had front wheel drive, power steering, front disc brakes, exterior turn indicators at eye-level, and headlights that swivelled when you turn. Still not impressed? How about the hydro-pneumatic suspension system then? Nitrogen gas automatically adjusts the height of the car to keep it level, and endows it with a “magic carpet ride.” This suspension may have changed the course of history in 1962, when French President Charles De Gaulle was riding from the Elysee Palace to Orly Airport in his DS. Terrorist gunmen opened fire on the car in an assassination attempt, and more than a few of the 140 bullets shattered the car’s rear window and deflated all four of its tires. Due to the car’s suspension system however, the President’s driver was able to accelerate out of a skid and flee to safety.

The DS was sold in the United States from 1956 to 1972 through several iterations–the DS 19/20/21/23–and while it looks like the car didn’t change much, Citroën consistently updated it through the years. The changes may be a little difficult to discern besides the new nose it received in 1968. Ostensibly a luxurious car, it did not have the basic features that American buyers expected to find on such a vehicle like air conditioning, or a fully automatic transmission, and only 38,000 units were sold which was a bit of a disappointment to Citroën. But it also means that the car is a bit of a rarity in the USA. Besides the sedan, a much less common station wagon was introduced in 1958, and rarer still, the most collectable DS is a convertible of which very few were produced. Throughout its long, almost twenty-year production run, the DS remained competitive, and was still quite advanced even when it was replaced by the CX series, and still has a good following today. Citroën DS values have been rising, and the car came third in the 1999 Car of the Century competition, recognizing the world’s most influential auto designs. Just pick a good one, as they are expensive to fix if the car has been neglected. But, if you want something different and you’re at risk from blowouts or gunmen during your commute, know that the DS has your back.

Thank you to Mr. Philippe Peyratout for allowing us to photograph his car. 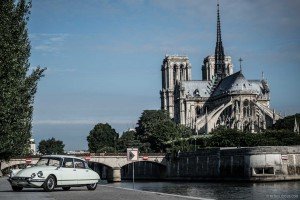 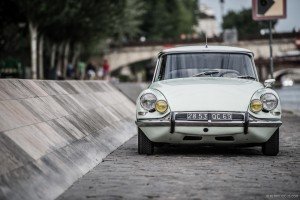 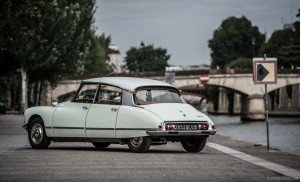