The day a Citroen DS beat the Jackals. 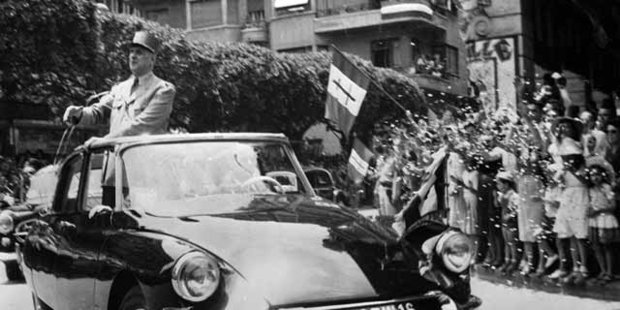 We could debate all day whether the Citroen DS – made from 1955 to 1975 – was the coolest car ever. If we did, I’d point out that Classic and Sports Car Magazine named the DS most beautiful car of all time, that Frank Sinatra owned one, and – at a purely emotive level – that back in the 1970s, my Spotswood College classmates and I rated the DS as the ultimate in exotic sophistication. We even preferred them to Triumph Stags.

Okay, tastes differ when it comes to looks, but few could deny the DS had the best brakes, ride and handling – in short, the best technology – of any production car from its era. And among world-changing innovations pioneered by the DS, hydropneumatic suspension was absolutely the most famous.

Effectively, this wonderful suspension system made the DS the world’s first up-and-down lowrider.

Despite a reputation for complexity, it was actually simple and reliable, offering an unrivalled level of comfort coupled with excellent handling and grip.

Some motorists complained the system reduced road feel and occasionally its road-sensing ability was caught out – such as when failing to adjust in time when crossing a steep humpback bridge – but nothing of the day matched the self-levelling ride over rough ground.

Citroen still leads the world in electronic stability and braking systems, but remember, back then it achieved exactly the same reputation courtesy of hydraulics. The result was you could control a DS at speeds and in conditions which would have sent any other car out of control.

To illustrate the point, in August 1962 hydropneumatic suspension was one of the main reasons why French President Charles de Gaulle and his wife survived a hail of bullets.

De Gaulle’s enemies included the OAS, a paramilitary group fighting to prevent Algeria’s independence from France. They blamed de Gaulle for giving up the colony, and recruited assassins, who lay in wait as the couple drove from the Elysee Palace to Orly Airport. As the black presidential Citroen DS sped at 110 km/h along the Avenue de la Liberation, 12 gunmen opened up, firing off 140 rounds.

During the 50s, 60s and 70s, the DS had the best brakes, ride and handling of any production car. A Citroen DS enabled President Charles de Gaulle and his wife to escape a hail of bullets.

You’d think a squad that size, most of them armed with automatic weapons, would surely have achieved its goal. They killed two motorcycle bodyguards, shattered the car’s rear window and punctured all four of its tyres. But though the Citroen went into a front-wheel skid, the chauffeur accelerated out of it and drove to safety, all thanks to a superior suspension system.

De Gaulle and his wife kept their heads down and came out of it unharmed; Algeria stayed in African hands and a few years later Frederick Forsyth dramatised the incident in his book, The Day of the Jackal, which was later made into a film.

In 1969, de Gaulle – who knew that he owed his life to that Citroen – prevented the outright sale of the company to Fiat. (Though in 1975 the Government was forced to fund Citroen’s sale to a group including its French rival, Peugeot.)

But aside from all that, the DS had so many little, everyday advantages that made it a great car to own. It could out-brake other cars, handle off-road driving better than other cars and the ability to raise or lower suspension often came in handy. You could use it when loading or unloading luggage, changing a wheel, hooking up a towbar or washing the vehicle…

But the most fun came from the many bets this extraordinary suspension system won for DS owners. You could actually remove a rear wheel, and then – thanks to the incredible self-levelling the car was capable of – continue to drive on just three. And to borrow a phrase from the era, after witnessing a trick like that one, you’d have had to be a right Anthony not to pay up. (Thanks to the New Zealand Times!)