A dirt road and a river. 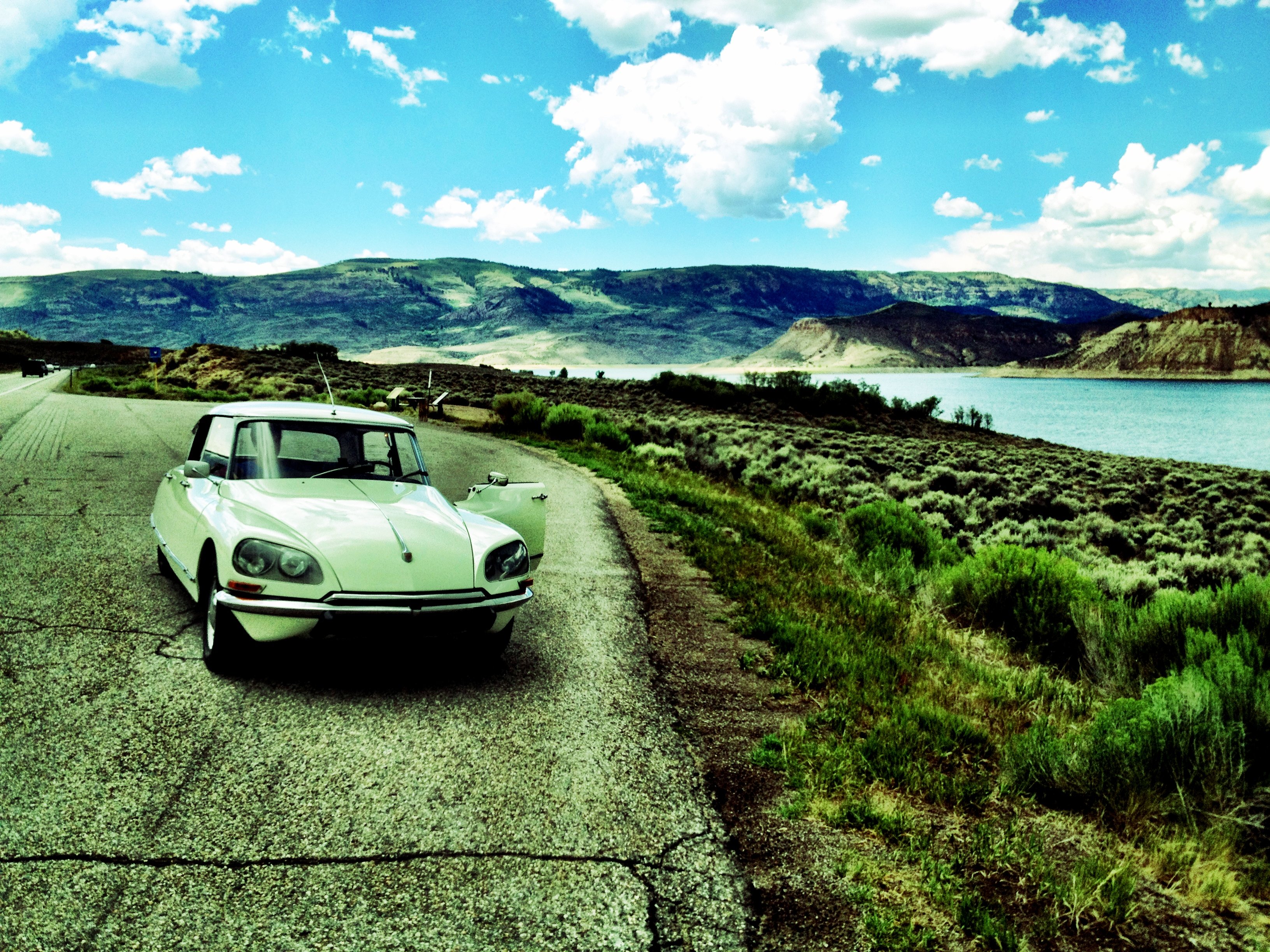 I’m not sure where this crazy obsession with Citroens came from. Maybe it was a vague memory from my first trip to Europe back in the early 80’s. I was a skinny 20 year old college brat hitchhiking around Europe with a backpack. I slept on trains and stayed in the worst hostels on earth. But I remember seeing these bizarre French cars zipping around Paris. I remember thinking “the French…” Who else could produce such a strangely designed car.

Years later I found myself living for good design. My job was to think of a better way to do things. Better visuals. Better creative. I made my living not being safe in my ideas…

Then somewhere in there, I took another look at this bizarre French car.

As I learned more, I could see the parallels between this strange machine and my goals in life. When they introduced the DS in 1955, it was the most radically advanced car ever built. It was 30 years ahead of everything else being made. The list of advancements goes on and on but the part that sparked my imagination was the fearless decision to do what nobody else had ever done. It was a huge gamble for the small French car company… But it paid off. They made over 1.5 million DS’s and they changed automotive design forever. My 1971 DS is nearly identical to the original model in 1955 and still today, looks amazing. The ride is sublime. The interior is fantastic… Eccentric as hell, but fantastic.

It’s a moving sculpture. Park it next to any other car you’ve ever seen and you’re eye will end up on the Citroen. A while after I got home from this trip, I took it to a car show at The Broken Spoke in Austin. There were exotic custom hot rods costing ten times my lowly Citroen, but it was the favorite of the show. People were drawn to it like flies, for reasons I may never fully understand.

The Citroen design and management teams could have been called crazy to take such a huge risk, except that they were right. The DS was voted the Product of the Century. The Macintosh computer came in second. The 747 came in third. Vive La France. Vive La Crazy.

The best automotive designers alive convened a few years back and voted the DS the most beautiful car ever built. Jaguar and Ferrari came in second and third. Google it. It’s true.